In February 1938 Nakajima Aircraft Company acquired the license rights to build copies of the Douglas DC-3 for $90’000 after they already successfully bought the license for the precursor Douglas DC-2 in 1935.

The first Nakajima L2D prototype aircraft were powered by Pratt & Whitney SP3G radial engines and made their maiden flights in October 1939 and entered production in 1940 as L2D1 with parts imported from the U.S. while the two Shōwa examples were being assembled to Japanese production standards to simplify manufacture. Differing in minor details, mainly due to the use of locally produced Mitsubishi Kinsei 43 radial engines of similar power, the initial series from both companies were very similar to its Douglas antecedent.

The term “Tabby” refers to the name given to the aircraft by the Allied Forces. The aircraft was initially intended for both civilian and military service, but with the onset of Word War II, production was concentrated to produce the Tabby to transport cargo directly to the battlefield. 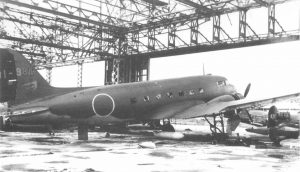 There were 487 Tabby’s built in total with Nakajima producing 71 and all the rest, a total of 416 aircraft, built by Shōwa. Very few of these aircraft survived to see the end of the war, though due to the shortage of aircraft at the time of surrender some Japanese L2D’s and their crew were used by the RAF creating the Gremlin Task Force. 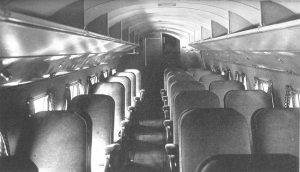 The L2D “Tabby” Airplane Wreck in Subic Bay, Philippines was discovered in late 2013 and is lying inverted on its back at a maximum depth of 45 meters. It is hard damaged on the cockpit but divers can still identify the pilot seats and control sticks. The fuselage is still intact with the side door removed. The engines and the propellers are tore away from the airplane when it crashed, they can be located few meters north of the wreck.

GENERAL CHARACTERISTICS OF THE L2D “Tabby”