The Subic wreck El Capitan serves as a world-class shipwreck for divers of all skill levels.  Her shallow depth allows for extended bottom times allowing certified scuba divers plenty of time to explore her cavernous holds, engine room, and gallery.  She is also home to a large school of Jack fish that can sometimes be seen in there thousands, truly a sight to behold, making this wreck a very enjoyable fun dive.

History of the El Capitan wreck in Subic Bay

The El Capitan was constructed in Portland, Oregon in 1919 and was originally named the SS Meriden. In early 1942 the US Navy under charter acquired the ship from her owners as the El Capitan.  On the 23rd of April 1942 her name was changed to the USS Majaba and commissioned immediately. The vessel then undertook alterations making her more suitable for the rigours of military service including the fitment of 1 x 3 inch forward gun.

Her first deployment saw the ship completing supply missions between Hawaii and Islands in the South Pacific. Over the next 6 months she saw service in Christmas Island, Canton Island and finally New Hebrides ushering vital cargo to bolster the US forces fighting for control of the Guadalcanal.

The ship continued to shuttle cargo between Tulagi and Guadalcanal despite the threat of detection from the powerful Japanese Navy patrolling the area. In fact, while the vessel was unloading supplies at Lunga Point, Guadalcanal on November 7 she was indeed detected and consequently struck by one of two torpedoes fired from the Japanese submarine “HA-11”. The result was the complete destruction of her engine room and boilers. The ship listed, but did not sink. A tugboat towed the ship east to the mouth of the Tenaru River where she was beached. In early January 1943 the vessel was towed to Tulagi in the Soloman Islands where the hull was repaired and the ship spent the remainder of the war acting as a floating quarters and materials storage ship. In 1946, the ship was towed to Subic Bay Philippines and was officially struck off the Navy ship list.

She was then delivered to the War Declaration Administration to be returned to her original owners. The ship was awarded one battle star for service in World War 2. The ship remained here in Subic Bay until her eventual demise at the hands of a storm. She sank and ended up on her port side in 4 – 22 metres of water in a protected area on the eastern shoreline, making the El Capitan another addition to the many wrecks of Subic Bay Philippines. 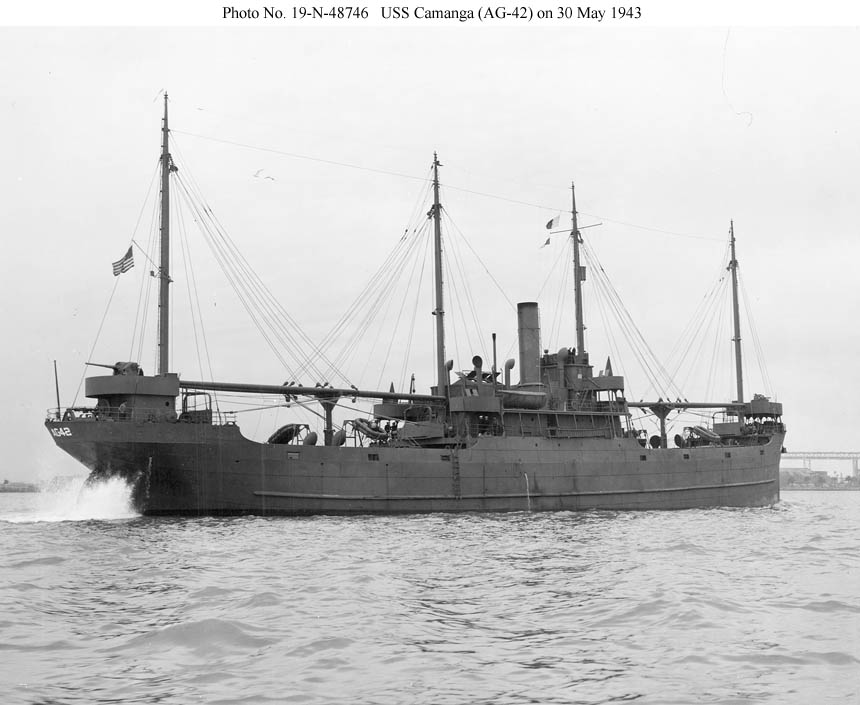 TECHNICAL SPECIFICATIONS OF THE EL CAPITAN