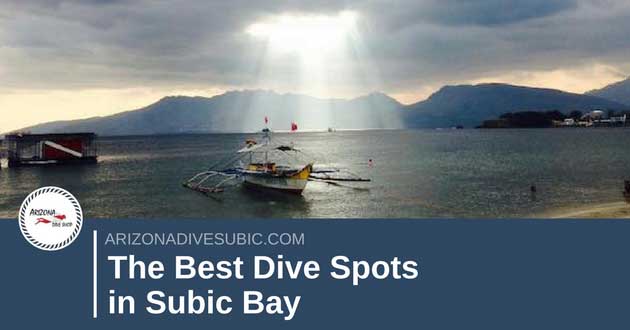 Subic Bay is a diver’s paradise, especially for those who like to explore wreck sites. When you check out the wrecks, it’s like you’ve traveled back in time. Evidently, US Navy divers knew this, since they limited the diving in the area for just military personnel. It was only when the Americans left the base did diving in Subic become open to the public.

Here are some of the best dive spots here:

The USS New York rests at a depth of 30 meters. Aside from the damage due to salvage operations, it sits on its port side largely intact. Most importantly for divers, the huge propeller and the enormous turreted deck guns are in great condition. Swim along its 110-meter length, and it’s an experience you won’t forget.

This dive is suitable for experienced divers, especially for those who have an appreciation for history and delight in exploring engine compartments.

One of the best features of this dive site is that it’s a very easy 16 m dive, and all this splendor can be seen by novice divers.

This is not an easy dive, so it should be reserved only for experienced divers. This diving site has the worst visibility among all the dive sites in Subic. It lies 27 meters down, about 500 meters away the shore near Alava Pier.

This is also the perfect dive for novice divers. The shallow dive is easy enough, the visibility is good and there’s no current to worry you. You can dive along the 80-meter length of the ship, or enter inside the holds and the boiler room.

These are just a few of the 19 wrecks you can explore in Subic Bay.