M3 Half-Track Vehicle is a high-mobility infantry vehicle and was first produced by the White Motor Company. The first prototype halftrack utilised a White manufactured chassis and the body of the M3 Scout Car. The first design was based on a Citroen-Kegresse vehicle and where possible the developers used commercial parts for reliability and speed of production, with obvious adaptations and additions to provide a suitable combat vehicle for armoured infantry regiments. The Ordnance Department rectified mechanical complaints after receiving field reports from the Philippines. The vehicle was standardised in 1942 and built by the Autocar, Diamond T and White Motor Company. 15,000 units and more than 50,000 variants from the first design were manufactured. The M3 Half-Track Vehicle and derivatives were used by nations globally in wars including WW2, Korean, and Vietnam to name but a few. It last saw service in  1975 during Lebanese Civil War. 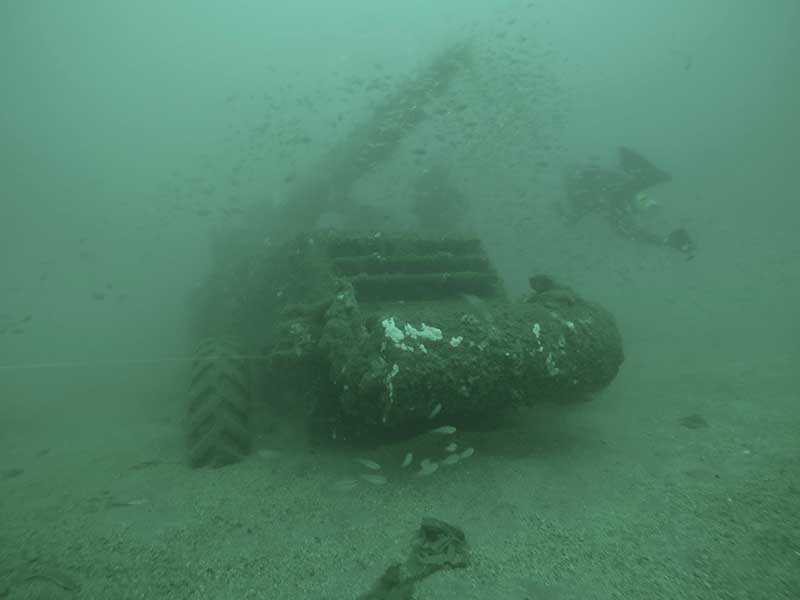 It was first used by the U.S Army in the Philippines by the Provisional Tank Group when the Japanese began their invasion. They were initially highly not liked by their operatives and nick-named the “Purple Heart Box”. The armour could not withstand machine gun fire and there was very little top protection from air bursting artillery shells.

M3 Half-Tracks Dive Site in Subic Bay, yes that’s right there’s two of them leaves you with more questions than answers. Sitting upright in 37m of water, 9 meters apart with 11897AS 75mm Howitzer guns still in firing position, facing roughly opposite directions just off Cubi Point and very near the Douglas SkyRaider, this has become quite a spectacle. This is a must see and a favourite on completion or during the Deep Specialty. We highly recommend the M3 Half-Tracks Dive Site in Subic Bay. 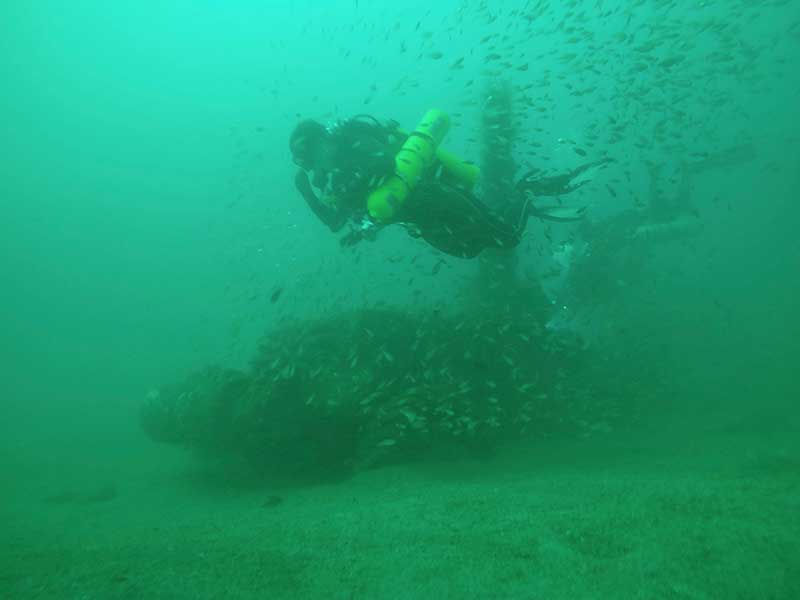