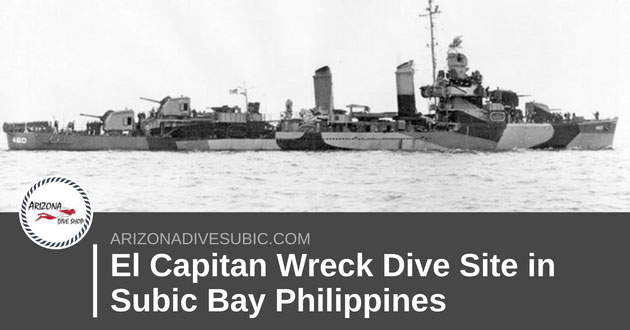 The El Capitan Wreck Dive Site in Subic Bay Philippines is a great dive site to check out on your next diving holiday in the Philippines. Located at the Western edge of the sheltered waters of Subic Bay, El Capitan is one of everyone’s favorite and most revered of all our wrecks.

This WW2 freighter now sits silently on her port side in 22m of water in Ilanin Bay, intact despite her 70 + years under the calm tropical waters of Subic Bay.

About the El Capitan WW2 Freighter

She is 92m long, 14 meters across and was protected by a single 76mm gun on her bow. 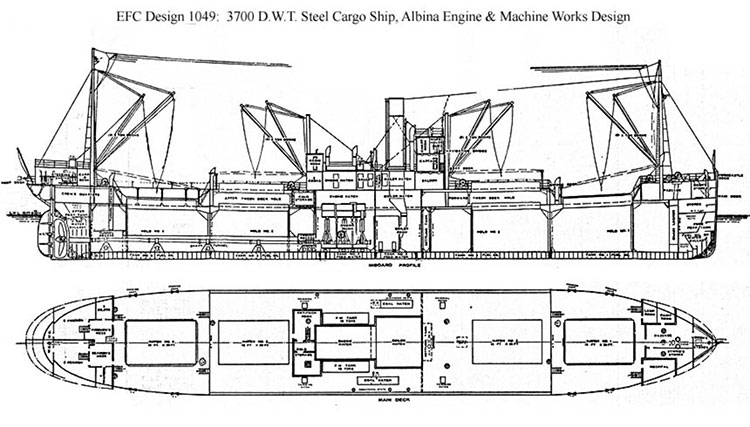 The freighter was built as the SS Meriden by Albina Engine and Machine Works in Portland, Oregon in 1919 and used in private industry as the SS El Capitan before being acquired by the US Navy on the 23rd April 1942 as the USS Majaba from her owners E.K Wood Lumber Co. and commissioned into active service the same day.

The vessel completed her conversion as a military vessel in May 1942 and steamed to Honolulu to begin transporting vital goods to many locations through the South Pacific Ocean such as;

On the 26th October 1942, she departed the islands of New Hebrides in an attempt to supply 2 convoys, before rough weather forced her to Espiritu Santo on October 29. Once the weather proved suitable she sailed for Guadalcanal arriving there 2nd November before reaching Tulagi where she unloaded vital cargoes.

Over the next few days, the Majaba ferried vital cargo between Tulagi and Guadalcanal with the US command ignoring the powerful Imperial Japanese Navy Forces advancing in the area.

She was under escort from The USS Woodworth, which patrolled for enemy submarines off Lunga Point as she was conducting final unloading operations in the Guadalcanal before her scheduled departure to Espiritu Santo.

Shortly before 0930 the next morning the IJN HA-11 Submarine was spotted perilously close to both the Woodworth and the Majaba. The sighting was immediately followed by the incoming wake of 2 torpedoes.

The first torpedo passed under the Lansdowne, impacting on a nearby beach but failing to explode. Unfortunately, the second torpedo made a telling strike on the starboard side of the Majaba destroying her engine and boilers.

The stricken vessel listed slightly and settled but did not sink.

Whilst the Lansdowne and Woodworth set about locating and destroying the enemy submarine, the tugboat Bobolink went to the Majaba’s aid and towed her east before beaching her at the mouth of the Tenaru River.

In early January 1943, the Bobolink and USS Navajo freed her from this position before transporting her to Tulagi. 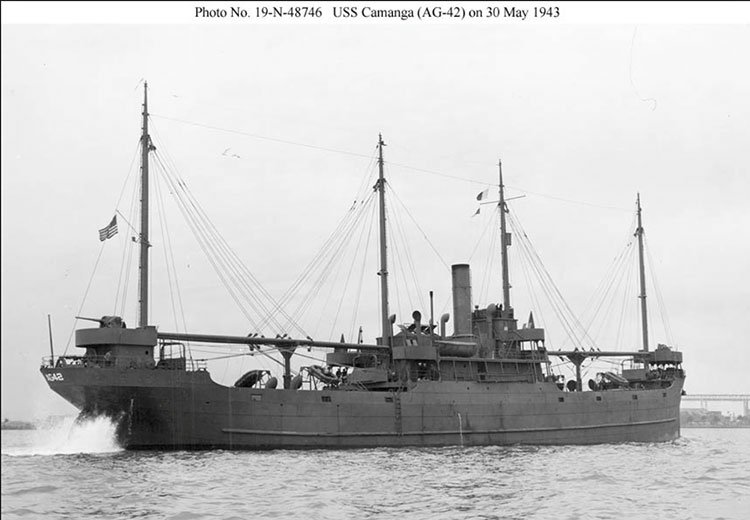 It was in the Solomans that the damaged engine was removed and the hull repaired.

The USS Majaba was reclassified IX-102 and placed in an in-service status on the 1st July 1943 and she remained at Florida Island in the Soloman Islands where she served as a floating quarters and material storage ship for the remainder of the war.

After the treaty was signed to formally see the end of WW2, the Majaba was towed to San Pedro Bay, Leyte, the Philippines until early 1946 where she was towed to her final position in Subic Bay and handed over to the War Shipping Administration to be repaired before being handed back to her original owner.

The USS Majaba was formally struck from the United States Navy on the 28th March 1946.

It is a typhoon that is believed to have caused her eventual demise at the Northern edge of Ilanin Bay with her anchor dragging, allowing her to crash against the shallow reef bringing a final end to this amazing ship but in doing so creating a wonderland for so many wreck enthusiasts.

The stricken vessel is perfectly suited to both entry-level and advanced wreck diving with its vast and cavernous holds. Many of her ancillaries are still intact for all to see such as funnel, boiler, rudder, winches, workbenches complete with hardware etc.

She is now home to a wonderland of tropical fish, some amazing macro and many divers have the opportunity for some wreck diving with the resident turtle. 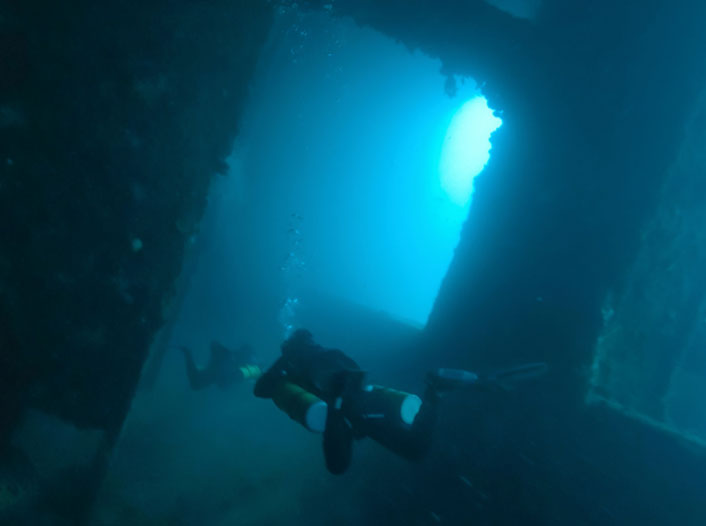 The El Capitan Wreck Dive Site is one of the favorites of many of our visitors.