The “Beer Barrels” Dive Site in Subic Bay as it is affectionately known is a large steel structure between 25 and 30 metres deep just North West of Grande Island very close to Barges and Cage & Barrel. 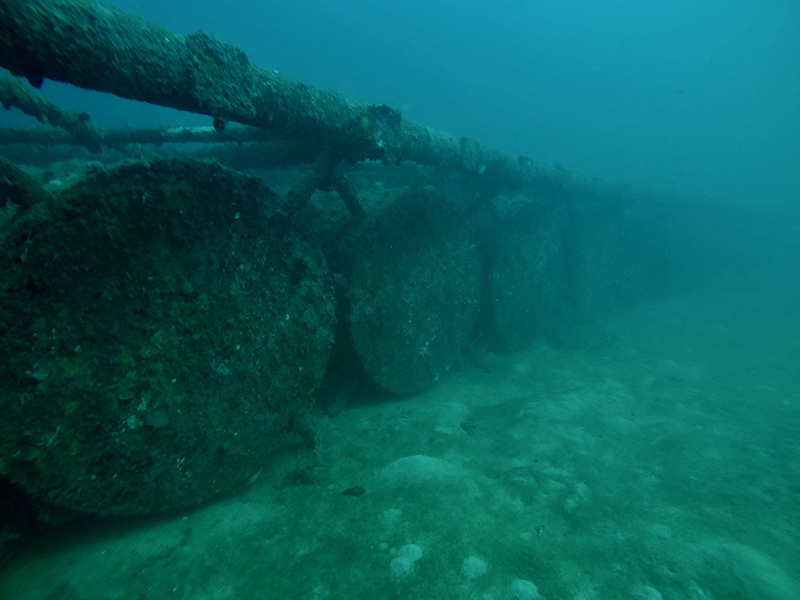 This unusual site is home to great visibility and some of the best marine life in the area. It’s real purpose is somewhat of a mystery to us. Some say it was used for offshore refuelling, some have suggested it was for water storage and some say that perhaps it was a submarine dock. We would like to hear your ideas.

Layout of the Beer Barrels Dive Site in Subic Bay

The structure is approximately 50m long, 6m High 6m and narrows from 6m to 3m wide and has a radial bend in it that may match the profile of a ship or submarine. It has ten 5m diameter storage tanks that we think may have once stored fuel, water or perhaps provided buoyancy. Thus far we have not concluded and cannot find evidence as to what purpose it was used. One thing is certain it is not for storing beer.

Beer Barrels is at a perfect depth for Advanced Open Water training. This site is a must for both professional and amateur photographers due to it’s diversity of marine life. You can photograph, Frog Fish, Nudibranch, Sea Slugs, Spider Shrimp, Rhino Shrimp, Trumpet Fish, Small Scale Scorpionfish, Ocean Striped Cat Fish, Hawk Fish, the occasional green sea turtle and many more… 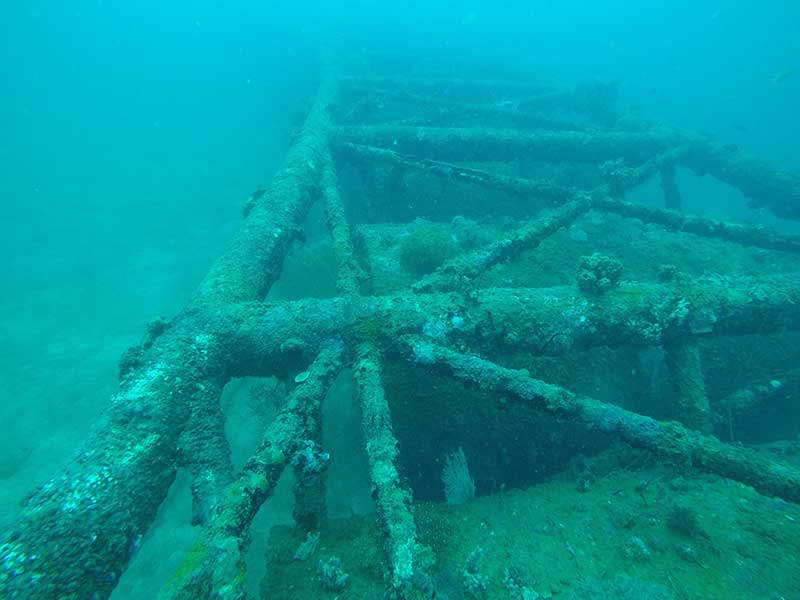